This post is mostly relevant to people located near Aarhus, Denmark, but will hopefully serve as inspiration for fellow developers.

During my time as an intern at Fueled in New York, I attended numerous meetups in the area of software development and particularly iOS development. Some were better than others, but the opportunity to attend meetups was there almost every single week of my stay.

When I returned to Aarhus in early 2013, I was keen to become more involved in the local community of mobile developers. Full of hope I started searching for places to go, but within minutes I was faced with the fact litteraly no such public network existed in Aarhus. The closest I got was a CocoaHeads event in Aarhus on December 8, 2009 and another one in Copenhagen, December 10, 2009. Too late, the party was over before I arrived.

After returning from Cocoa Camp in August, my wish to network with fellow developers had grown further; spending a week in the great company of 24 like minded students and a significant amount of great engineers was extremely rewarding and similar events should be happening in Aarhus, too. During the camp, Dave DeLong gave me an advice: Start yourself, invite your friends and if the interest is there, people will show up eventually.

During the next few months I researched the interest of such a network amoung a bunch of my classmates and former colleagues. The interest was definitely there, but the thought of starting all by myself and the fear of failure kept me from doing it. However, at some point I decided to approach Thomas, director of Apptitude (who was kind enough to help be when I applied for my internship at Fueled). I exposed my thoughts to him and asked if Apptitude could be interested in presenting on a topic if the network became a reality. Apparently, this was meant to be.

It turned out that we shared opinions regarding the lack of opportunities in the community of mobile developers in Aarhus. We settled on a few things and after roughly one hour of discussion and planning, we decided to move on and found Appetizer (credits for the name goes to Voksevaerk). We both saw inspiration in Appsterdam and wanted to bring similar opportunities to Aarhus.

During the following three weeks we refined the concept based on our shared vision: To create a place for all things apps (engineers as well as designers), where we can learn, teach, inspire, be inspired and establish new professional relations. We decided that the theme for event #1 should be "What happens in Aarhus" - an attempt to get an overview of the wide range of app companies in the city, small as big ones. Now, Aarhus is a tiny city with ~300k citizens, so keep that in mind when looking at the following numbers. 10 (!) companies presented at the event:

An amazing lineup, representing various aspects of mobile development. And even more amazing, an astonishing 100 (!!!) people showed up and participated, networked, brought inputs and asked great questions. Students, professionals and CEO's, they were all there. The support was beyond what we had ever imagined (and dared to hope). But it certainly proved the need for such a network in Aarhus.

Since we have only hosted the first event, it would be wrong to claim that it's a monthly happening. However, from now on, the first Wednesday of each month we will increment the Appetizer count and gather The Apps People of Aarhus for another round of learning, inspiration and networking. 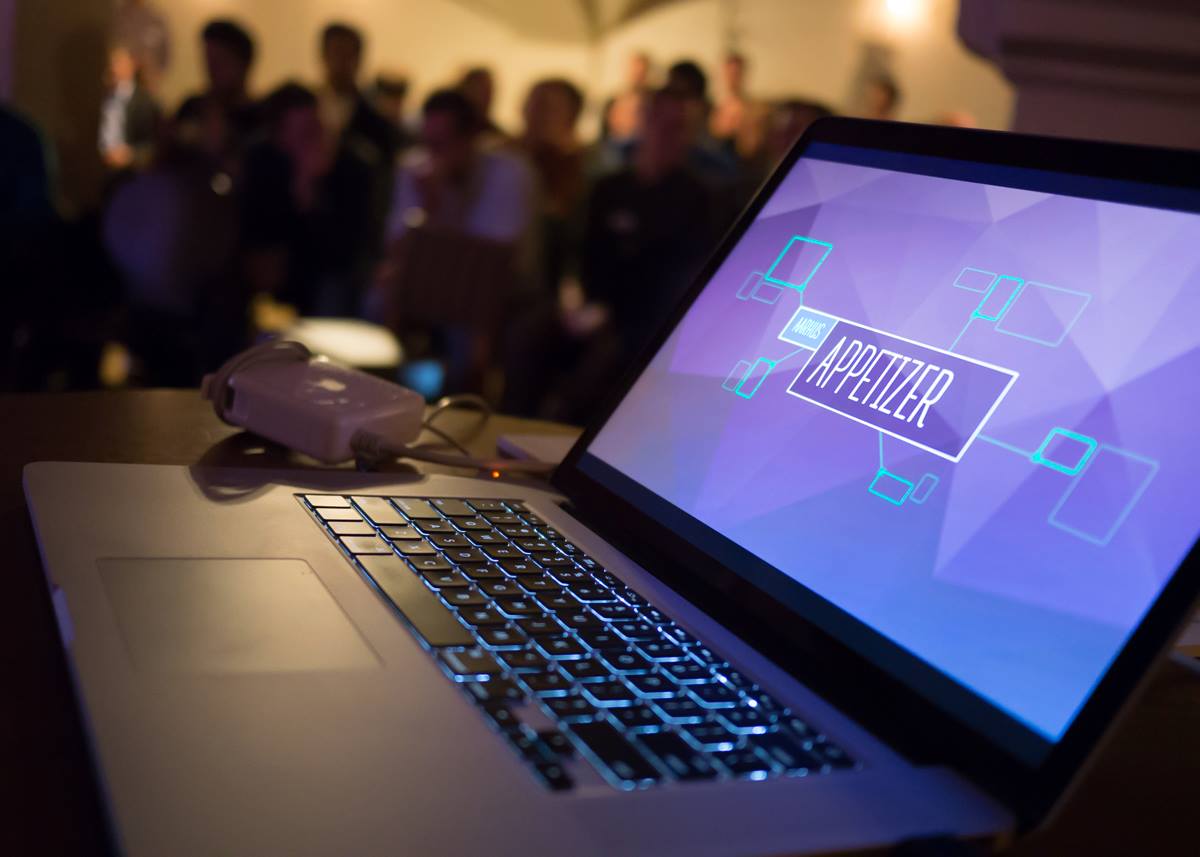 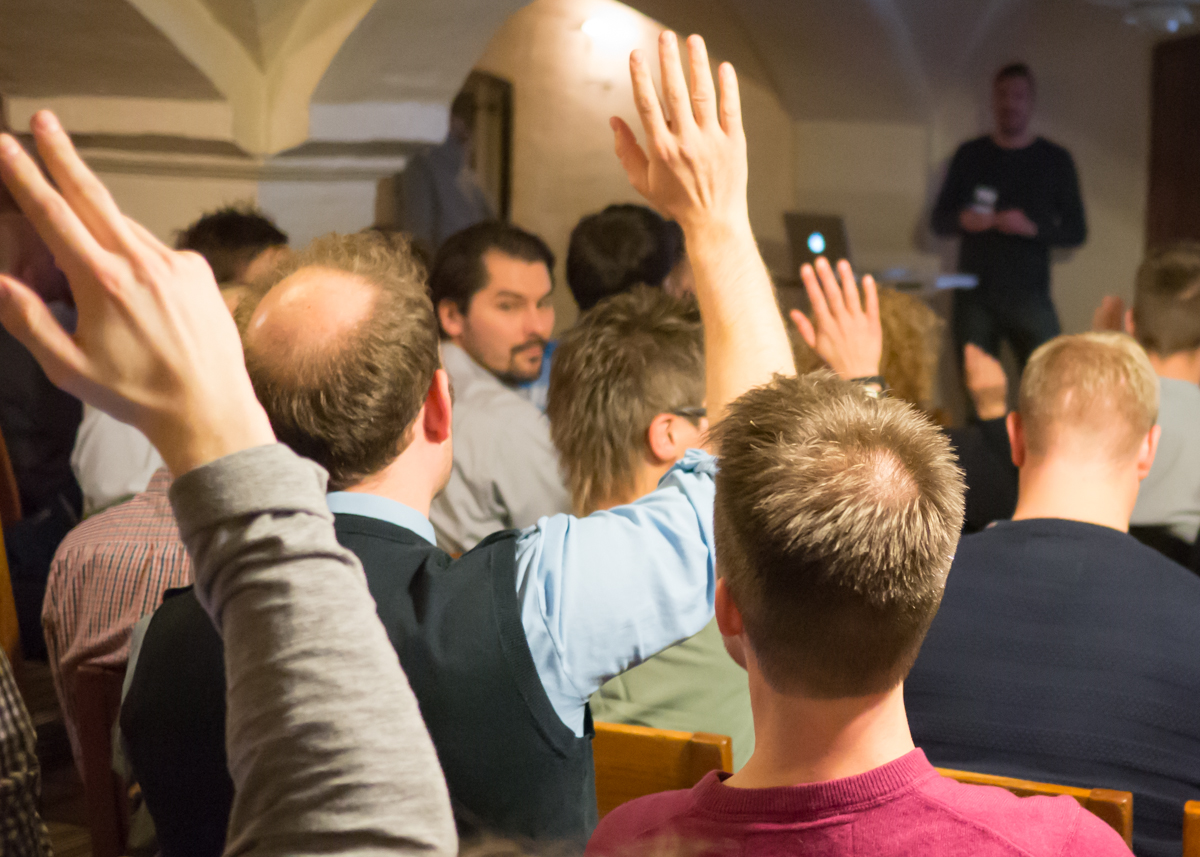